Drama Queen's School had a Fall Festival that we went to over the weekend. It was alot of fun for the kids, lots of games and candy and candy and more candy. The best part of the festivities was a game called "Make Your Own Scare Crow."
This is how it went.
The kids selected a hat and then ran to the next balloon on the fence- there they selected VERY LARGE pants and had to put them on. Then they had to run to the next balloon on the fence and get a VERY LARGE shirt on and run to the hay bale that had BIG CLOMPY BOOTS that they had to put on and try to run to the finish. I sat there and laughed my head off, that was the best idea that I have seen yet. 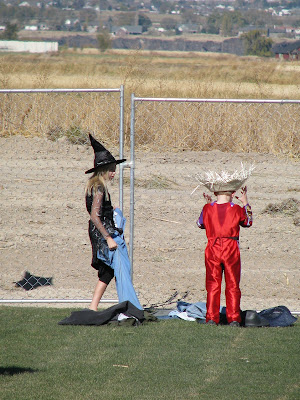 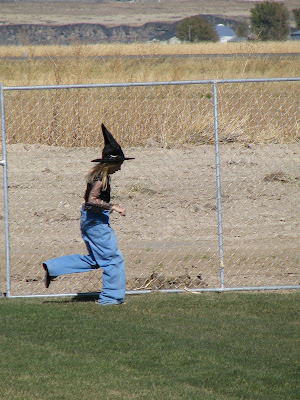 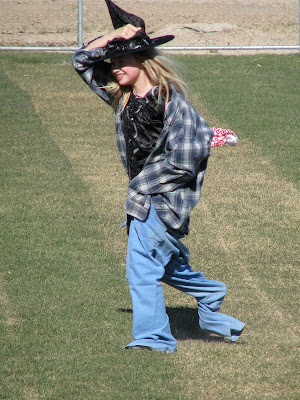 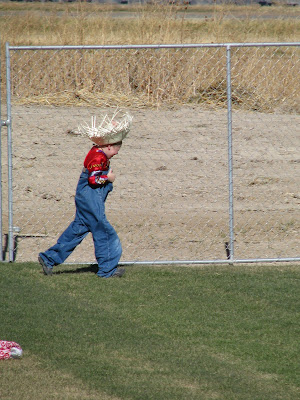 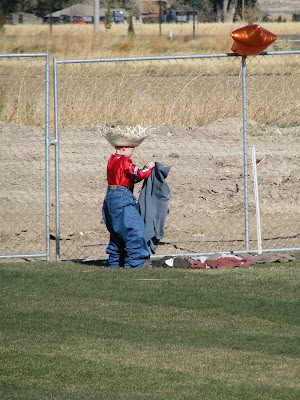 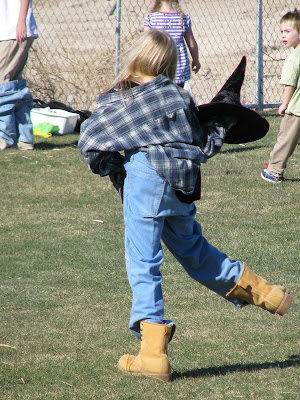 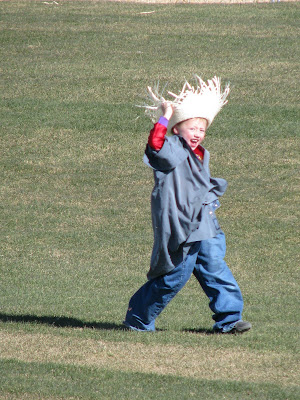 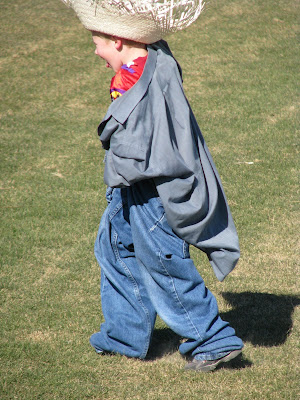 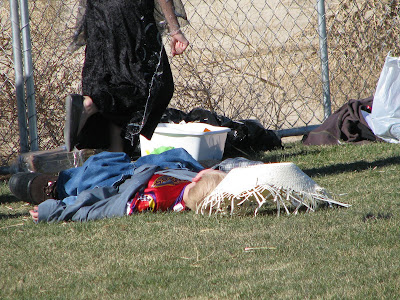 Sweet-boy was SO done but DQ did it again. 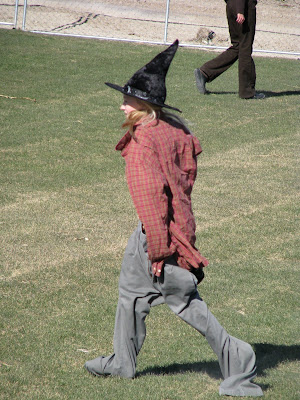 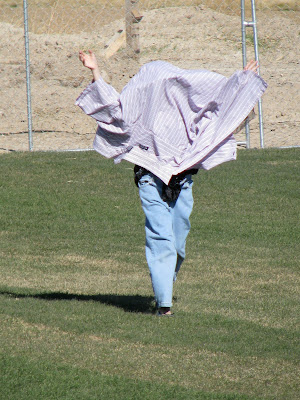 Then it was time for more sugar. They both won at the cake walk on the same turn. 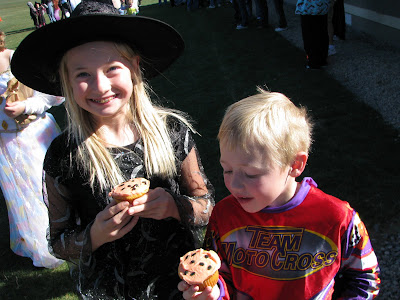 After the spook alley it was painting of the pumpkins, very scary faces indeed. 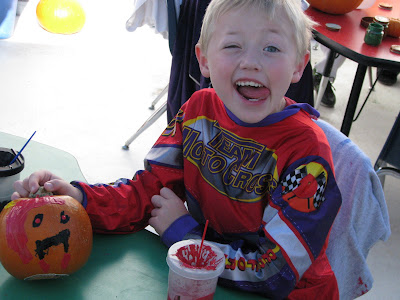 It was a great day, plenty of sun, lots of sugar and fun, a great way to celebrate Halloween.
Ramblings of "The Queen in Residence" at 12:36 PM

My kids did lil pumpkins too, but at my moms a couple weeks ago. Just posted pics of them in our window.

Love that scarecrow race. I'm tucking that one in my brain for next year! I'm loving that we actually had decent weather this year.

Oh. My. Word. That close up of DQ's face makes me realize how big she has gotten. She just looks so pretty, I can't believe it!!

That scarecrow game looks hysterical! I'm sure the laughter did your spirit good.

what fun! and please tell me, that by the looks of those HUGE fences, the school does NOT back up to a prison! lol!

That looks like great fun! Their costumes look great too! Love DQ's pointy hat, reminded me of her Maleficent costume when she was little, remember making that?
Glad you had fun, wish I could've laughed at the kids racing to be scare crows with you, looks hillarious! 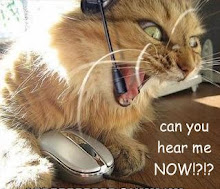 Are you a Recessionista?

"Recognize that the Joy of Motherhood comes in Moments." -unknown


"Be who you are and say what you feel, because those who mind don't matter and those who matter don't mind." - Dr. Seuss

"The Queen in Residence"
I am wife to "The Man" and mom to the "Drama Queen" & "Sweet-boy". I love to laugh and spend time with my friends far and near and all my new bloggy friends. I am now a mom with kids in school all day and do not know what to do with my time...but I am sure that will end real soon and it has, I do not have much time to think let alone blog like I want to. Enjoy your visit to our House of Fun but mostly insanity, all of it mine!♥ 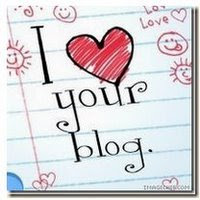 Thanks "In Time Out"

Places that I Haunt

Gettin my Groove on